October - Monthly Round up 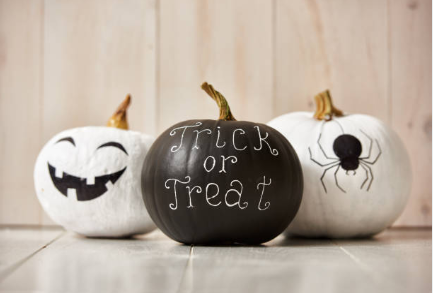 Trick or treat? The Chancellor calls the 2018 Budget for late October

The 2018 Budget has been set for Monday 29 October, setting a deadline for speculation and proposals. Mr Hammond, however, has indicated that he won’t end the long spell of austerity measures, despite improving public finances.

But every proposal is overshadowed by Brexit, and the uncertainty of what will happen on 29 March 2019.

Alongside measures announced in the draft Finance Bill, the following areas could see change:

The NHS – The NHS Foundations’s ten-year plan will not be published in time for the Budget, so the Chancellor could be limited to general spending priorities. Mr Hammond said a digital services tax or ‘Google tax’ is coming – with or without European allies. This income could be dedicated to the NHS.

Inheritance tax (IHT) – The IHT review from the Office of Tax Simplification (OTS) may be published ahead of the Budget. It was tasked to look at making IHT less complex, focusing especially on trusts, administrative issues and business and agricultural property reliefs. Calls for a complete overhaul in favour of a ‘lifetime receipts’, ‘property’ or ‘wealth tax’ seem unlikely from a Conservative government.

Stamp duty – After introducing new reliefs for first-time buyers, focus has shifted to ‘last time’ buyers, with calls to incentivise older homeowners to downsize. The Prime Minister has also indicated that an additional 1-3% duty could be levied on foreign property buyers to help control rising house prices and tackle homelessness.

Business – Business rates are due to increase next year, with business groups calling for action. The Chancellor’s conference speech outlined changes to the apprenticeship levy to help build training and skills for SMEs, and appeared to boost commitment to the business sector.

The environment – We are likely to see a dedicated plastics packaging tax. Initial reports indicated the costs would be borne by manufacturers rather than consumers. However, we may also see an increase to the plastic bag levy from 5p to 10p and roll out to all shops, not just firms with over 250 employees.

In this most turbulent of times, facing pressure from many groups, perhaps the only clear thing is that Mr Hammond has an unusually tricky balancing act to pull off.

HMRC caught out on IR35 and holiday pay

HMRC has suffered an embarrassing setback after one of its contractors launched a claim for unpaid holiday pay, relating to work covered under the off-payroll working rules, also known as the IR35 rules.

At the end of 2016, HMRC employed a marketing consultant, who was required to go onto an agency payroll. The consultant wasn’t given a choice about this, because HMRC ran the engagement through their CEST employment status tool – HMRC abide by any decision issued by this tool. The contractor had to accept the terms if she wanted to continue working with HMRC, and that meant she was subject to salary deductions, including employer’s national insurance.

However, while HMRC considered the consultant as employed for IR35 purposes, it didn’t grant her employment rights that she would have had as an employee. The consultant claimed she was effectively an agency worker, which meant she was entitled to holiday pay and entitlement in line with other HMRC employees.

The case didn’t quite make it to the employment tribunal, as HMRC agreed to settle by paying £4,200 to the contractor on the morning it was due to start. This does mean that no precedent has been set, but the case serves as further example that contractors inside the IR35 rules should receive employment rights.

The government is still considering whether to extend the IR35 rules to the private sector – currently they only apply to public sector engagements. Many people across private industry are hoping this won’t be included in the forthcoming Budget.

With HMRC tripping up on its own rules, what is certain is more clarity is required.

Brief victory on VATMOSS for microbusinesses

A successful campaign by micro-business owners has seen the EU introduce a new minimum threshold for the VATMOSS rules. But with legislation due to take effect in January 2019 at risk from a no-deal Brexit, the success could be short-lived.

Under the EU rules on place of supply, VAT is charged on any sales of digital products to a non-business customer in the EU – in the country the customer is in. There is no minimum threshold, which means even the most casual trader is affected.

However, after a grassroots campaign by sole traders and micro-businesses, the EU announced a minimum turnover threshold of €10,000, and some simplification measures for businesses turning over €10,001–€100,000. The new measures will save digital traders with low profits from paying VAT on their digital sales.

The rules will take effect in UK law from 1 January 2019. However, with the Brexit date set for 29 March 2019, and the prospect of no deal with the EU, this could be very short-lived in effect.

The rules were introduced to close a loophole used by multinational businesses to avoid VAT, by registering their revenue in a low-tax country such as Luxembourg. Whilst large businesses could cope with the new requirements, this created a real administrative burden for smaller affected sellers now expected to pay VAT to tax authorities across the EU.

HMRC responded to the new rules by setting up a VAT Mini One-Stop Shop (VAT MOSS). This system allows traders to pay VAT for digital sales to the EU direct to HMRC, rather than register for VAT in each relevant EU country.

However, according to HMRC’s ‘VAT guidance on a no deal Brexit’, if the UK leaves without a deal with the EU, “businesses will no longer be able to use the UK’s Mini One Stop Shop (MOSS) portal to report and pay VAT on sales of digital services to consumers in the EU. Businesses that want to continue to use the MOSS system will need to register for the VAT MOSS non-Union scheme in an EU Member State.”

If you are selling digital products to the EU and would like advice on how to deal with Brexit, please get in touch.

The Chancellor has changed his mind – again – on National Insurance Contributions (NICs) for the self-employed. The Treasury has revealed that Class 2 NICs will remain for at least the rest of this Parliament.

The Treasury’s justification was that, without Class 2 NICs, “A significant number of self-employed individuals on the lowest profits would have seen the voluntary payment they make to maintain access to the state pension rise substantially.”

This means that over three million people will continue to pay the tax, providing more revenue for the Chancellor at a time that he certainly needs it. However, as many as 300,000 self-employed people earning less than the Small Profits Threshold (£6,032 a year) could have seen their NIC payments rise from £2.95 a week to £14.65 a week.

The idea lasted less than a week before it was buried under a welter of backbench criticism and The Sun newspaper’s campaign. Some months later, the Treasury quietly announced that the end of Class 2 NICs would be deferred a year. Now they could survive until 2022, based on the current deadline for the next General Election.

The decision, announced well ahead of the Budget in October, is a reminder of the financial and political constraints faced by the Chancellor.

The importance of a shareholder agreement for your new business

When incorporating a new business, it can be easy to focus on immediate concerns of making some money. However, it is also really important to take the opportunity to create a shareholders’ agreement.

A shareholder agreement is a legal document that sets out the rights, responsibilities, liabilities and obligations of the shareholders. Importantly, where the articles of association are filed at Companies House, a shareholders’ agreement is private.

You can use a shareholders’ agreement for a range of purposes such as:

Dispute resolution – Your agreement can set out clear processes for resolving disputes between shareholders. As well as having clear dispute processes, the agreement could even force an obstructive shareholder to sell their shares in certain circumstances.

Share transfers – If a shareholder dies, or simply wants to sell their stake in the business, the agreement can set out what happens. For instance, you could give the business the opportunity to buy the shares back, rather than be forced to sell them to a third party, or provide for free transfer to family members inheriting a share in the business.

Reserved matters – Whilst shareholders may not be involved in the day-to-day running of the business, it might be appropriate for them to be decision-makers on more significant matters. An agreement could require shareholders to approve major changes, such as issuing more shares or amending the articles of association.

Restricting competition – With startups sometimes operating in small pools, you might want to place restrictions on shareholders from starting competing businesses during the sensitive first years.

Protecting minority shareholders – Once in place, a shareholders’ agreement can only be changed if all the shareholders agree. So, setting the right rules early on can help you protect the interests of all investors from the first steps.

Selling a company – On the other side, your agreement could include ‘drag along’ rights, which allow a majority shareholder to force minority shareholders to accept an offer to buy all the shares in a company. Whilst you can’t reduce their share of the proceeds, you could stop a reluctant individual from stopping a sale.

With so much to do at the start of a business’s life, it can be easy to overlook the shareholders’ agreement. But as the above shows, getting it right from the outset can save a great deal of trouble down the line.