November - Monthly Round up 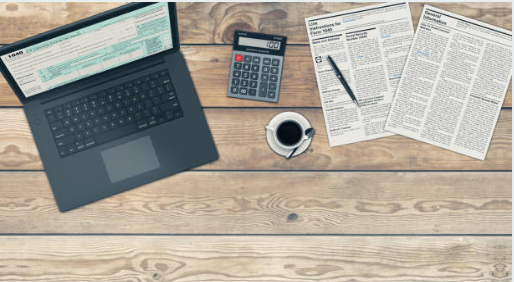 The Budget: an end to austerity?

The 2018 Budget – delivered on a Monday for the first time since 1962 – produced a number of surprises, not least some high-profile ‘giveaways’.

Announcements in the Budget included:

However, Mr Hammond’s generosity was not all it appeared. For instance, the personal allowance and higher rate threshold will both be frozen in 2020/21, while the business rates reduction and higher AIA will only last for two years. The Chancellor also kept many tax thresholds and allowances unchanged.

A good example of the impact of frozen thresholds is the personal allowance that will continue to be tapered from an income level of £100,000. This threshold has applied since April 2010, and it creates high marginal rates for some taxpayers. Combined with the increase in the personal allowance, for income between the taper threshold of £100,000 and the starting point for additional rate tax of £150,000:

If you would like to discuss the impact of the Budget on your finances, please get in touch.

Tax laws are subject to change.

The Financial Conduct Authority does not regulate tax advice.

The Making Tax Digital (MTD) for VAT deadline has been extended until October 2019 for certain businesses. Around 3.5% of mandated customers are affected, including VAT divisions and groups, trusts, unincorporated not-for-profit organisations and traders based overseas.

The later deadline was announced in response to concerns raised by businesses participating in the VAT pilot scheme. This will give affected businesses with more complex arrangements more time to prepare for their filing deadline.

The original deadline of 1 April 2019 still applies to most businesses with a taxable turnover above the registration threshold. From next year any business filing under VAT will need to provide quarterly VAT filings to HMRC and also record transactions digitally as well.

The MTD system does not change any of the filing requirements for VAT, so the same information will still need to be supplied to HMRC. However, organisations will need to use accounting software that allows them to file returns digitally. You can use spreadsheet software but you will need ‘bridging software’ to submit records to HMRC.

The latest timetable for MTD is as below. With many dates left to be confirmed, and deadlines moving as close as six months before, it would be sensible to monitor developments, and how they may affect your organisation.

The 2018 Budget delivered opportunities for businesses, intended to support and encourage them to invest.

One of the key developments confirmed by the Chancellor – but originally announced in previous Budgets – is that corporation tax will fall to 17% from 2020. This new low rate will make incorporation more attractive for smaller businesses and reduce the tax burden for companies of all sizes.

Along with the cut in headline rate, the Chancellor also announced some specific measures around business investment.

The annual investment allowance (AIA) will increase from £200,000 to £1,000,000 for all qualifying investments in plant and machinery. The increased allowance only applies on investments between 1 January 2019 and 31 December 2020.

The AIA allows a company to deduct the full value of an investment from profits before tax, and can be claimed against items that you keep to use in your business, including cars, costs of demolishing plant and machinery, parts of a building considered integral, known as ‘integral features’, some fixtures, e.g. fitted kitchens or bathroom suites, and alterations to a building to install other plant and machinery – although note this doesn’t include repairs

Alongside this, a new structures and buildings allowance has been introduced which has been set at 2% on construction or conversion costs over 50 years, where all the contracts for physical construction works were entered into from 29 October 2018.

It’s not all good news, however, as the government has also reduced the special rate reduction from 8% to 6%, affecting qualifying plant and machinery assets.

If you are planning any investments for your business, get in touch to discuss what tax-efficient options are available to you.

Can the Chancellor save the high street?

Business rates will be cut by one third for small retailers as part of the government’s drive to revitalise the UK’s high streets, as announced in the 2018 Budget.

Most retail business with a rateable value of less than £51,000 will see their business rates cut by 33% for two years from April 2019. Whilst the relief is time-limited it should affect around 90% of retail properties and provide some much needed relief around the uncertain period during which the UK is due to leave the EU.

Certain specific reliefs were also announced, including a 100% business rate relief for public lavatories – delivered with a barrage of associated puns from Mr Hammond – and an extension of the £1,500 discount for local newspapers.

The targeted relief for small businesses was accompanied by a spending pledge from the Chancellor of £675 million for a sustainable transformation of British high streets. Some of this money will be spent on a High Streets Task Force to support local leadership, and funding to strengthen community assets, including the restoration of historic buildings on high streets.

Mr Hammond made considerable use of his announcement of a digital services tax – whether or not international legislation will follow in suit – ahead of his statement to parliament.

The details, which, emerged on the day, are for a 2% tax on revenue derived from UK users for certain business activities, such as search engines, social media platforms and online marketplaces. The tax will also only apply to groups that generate global revenues over £500 million a year.

The idea is to capture revenue generated by large tech companies such as Google and Amazon, which pay relatively little tax in the UK.

If you are running a retail business and would like to discuss your rates, and other tax planning opportunities, please get in touch.

The details released after the 2018 Budget statement revealed a range of new restrictions for businesses. However, they have been structured to reduce the impact on smaller businesses.

One measure announced was the expected extension of the off-payroll working rules, known as IR35, to the private sector. This has now been pushed to April 2020. The change will place responsibility for taxation of off payroll workers with the organisation offering the engagement.

This change has already been brought into effect in the public sector, despite ongoing uncertainty about how the rules should be applied – with even HMRC settling IR35 cases outside employment tribunals. The complex rules, uncertain results from HMRC’s CEST employment status tool and large costs for mistakes, may discourage some companies from using off-payroll workers.

Small organisations will escape a new restriction from April 2020 as the government will withdraw the employment allowance (EA) from employers with national insurance contributions (NICs) bills of £100,000 or over. The EA allows employers to claim up to £3,000 of class 1 NICs every year.

From April 2019 new restrictions will also apply to entrepreneurs’ relief. The minimum period during which qualifying conditions must be met will be extended from twelve to twenty-four months. Also, from 29 October 2018, shareholders claiming entrepreneurs’ relief must be entitled to at least 5% of the distributable profits and net assets of a company, in addition to the current requirements on share capital and voting rights. The relief will still apply if a shareholding is diluted below 5% by fund-raising events after April 2019.

The costs of employees

Whilst salary costs will increase, there is some good news for small employers with apprentices. The co-investment rate for apprenticeship training will be cut from 10% to 5% as part of a drive to encourage employers to take on young staff for training.

The impact of these changes, which aren’t headline material, could be significant. Please get in touch if you would like to discuss how they affect you.