March - Monthly Round up 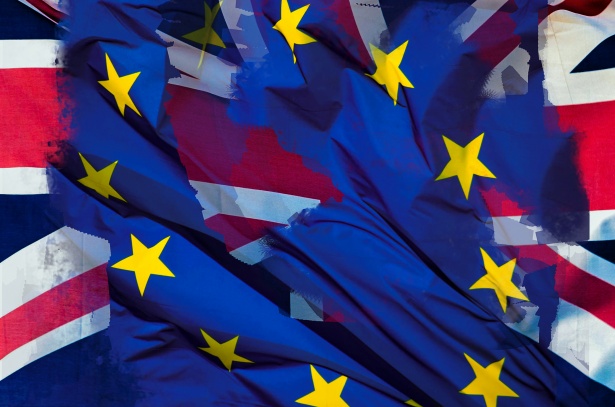 All change for April – check your pay slip

Your April pay may look much the same as March’s, but it is worth giving your pay slip a closer look than usual next month.

If you are an employee, your April pay slip is always worth checking, even if you pay little attention to the other eleven you receive over a year. The items to check include:

Salary Many employers change pay rates from 1 April, often coinciding with the start of their new financial year. If you were notified of a pay increase in March, it is worth making sure the number on the April pay check agrees with what you were promised.

Tax code. Your April pay check will be the first for the 2019/20 tax year and your PAYE tax code will have almost certainly changed from what was on your March pay slip. If you are entitled to a full personal allowance and have no deductions, your code number should increase by 65, reflecting the £650 increase in the personal allowance.

If you have a company car, then it is likely to move your code in the opposite direction. For most cars (other than those with the highest emissions), the percentage of list price that is taxable rises by 3% - £300 per £10,000 of list price. A £22,000 car will therefore more than counter the rise in the personal allowance. The higher scale percentage also means a similar increase in taxable value of employer supplied fuel. In practice you might be better off paying your own fuel bills, even if your employer pays you nothing in compensation.

National insurance contributions (NICs) The primary threshold (that is, the starting point) for NICs rises by £4 a week while the upper earnings limit (the top level of earnings on which you pay full 12% NICs) jumps by £70 a week. As a result, if your annual earnings are more than £46,600 a year, you will be paying more NICs from April. If you earn over £50,000 a year, your extra NICs will be just over £28 a month.

Pension contributions These are generally linked to salary, although not necessarily your full pay, so should increase if you have an April pay increase. If you are in an automatic enrolment pension scheme, your contributions are usually based on “band earnings”, which were £6,032–£46,350 in 2018/19 and are £6,136–£50,000 in 2019/20. The contribution rate will rise, too. How much will depend upon your employer’s contributions: you might see the rate increase by two thirds to 5% of band earnings (4% after basic rate tax relief). If your pay in April is lower than in March, the auto enrolment change could be the culprit.

For more insight on the impact of the tax, NICs and pension deductions from your pay, please talk to us.

HMRC has warned that self-assessment penalty notices for 2017/18 may not be issued until the end of April. The £100 penalties are normally issued in February.

The deadline for submitting a self-assessment tax return for 2017/18 was 31 January, and HMRC would normally already have issued penalty notices to taxpayers who have not filed on time. However, penalty notices create considerable demand for HMRC’s call centres and back offices as taxpayers contact them to discuss their options.

Anticipating increased demands on staff time as the Brexit deadline looms, HMRC announced a delay in late February to the issue of penalty notices this year. This will allow HMRC to release staff for EU exit related work.

Given that penalty notices can take over a week to arrive by post, taxpayers could easily be subject to daily penalties before they even realise their return is late. A delay in notification until April could prove costly. Even though a taxpayer has ‘filed’ a return, there can be technical problems with online filing, with the result that an online return is held in suspension because the submit stage has failed.

Some 700,000 taxpayers missed the filing deadline for 2017/18. HMRC will treat those with genuine excuses leniently, as it focuses penalties on those who persistently fail to complete their tax returns, and deliberate tax evaders. However, the excuse must be genuine and HMRC may ask for evidence.

Buy-to-let investors will be hit by another tightening of the tax rules in April.

When George Osborne announced in his summer 2015 Budget a variety of tax changes aimed at discouraging buy-to-let (BTL) investment, they came as a surprise. To ease their impact, the then Chancellor phased in the most significant reform, a revised treatment of interest relief, over four years and deferred its start date to April 2017. Anecdotal evidence suggests some BTL investors did not know what had happened until they found a larger than expected tax bill in January.

If that all sounds rather convoluted, the impact becomes clearer when you look at a simplified example. Suppose a higher rate taxpayer in England had rental income of £12,000 and interest on a BTL mortgage of £8,000. The investors’ net income position is as follows:

In practice, the situation might be worse than the table suggests if, for example, the disappearance of the deduction for interest increases the investor’s gross income to the point that it trips over the £100,000 threshold, at which the personal allowance is phased out.

Sales by BTL investors could pick up this year due to the interest relief changes and poor short-term prospects for capital growth. There is another tax incentive to sell on the horizon, too. From April 2020, capital gains tax on residential property (at 18% and/or 28%) will have to be paid within 30 days of sale, whereas the current rules effectively give a minimum of nearly ten months’ grace.

If you are a BTL investor thinking about your options, please get in touch.

As part of a compliance check into the tax returns of two company directors, the information notices issued by HMRC included a request to see private bank statements as well as a description of the source of funds for any deposits made.

For 2015/16, the two directors had submitted self-assessment tax returns showing income from employment and dividends but had omitted trivial amounts of interest. This was a year before the introduction of the personal savings allowance, so the omitted interest might well have affected the directors’ tax liabilities. The directors appealed against HMRC’s request to see private bank statements.

HMRC’s internal guidance to inspectors states that, when opening a compliance check “you should only ask to see private bank statements at this stage if you can demonstrate their relevance to the return and that you reasonably require them for the purpose of checking its accuracy.”

There is no right of appeal, however, against a request for information that forms part of a taxpayer’s statutory records. The private bank statements would only have qualified as statutory records if there were further omissions in the tax returns. HMRC argued that it could not know this in advance, but the judge hearing the appeal at the First-Tier Tribunal was not convinced. The decision therefore rested on whether the bank statements were reasonably required.

HMRC was able to show third-party evidence of a disparity between the directors’ declared income and their personal expenditure, including the level of mortgage payments and capital injections made into the directors’ company. The verdict, not surprisingly, was that the private bank statements were reasonably required and the appeals dismissed.

This case demonstrates just how important it is not to give HMRC any reason to start a compliance check. All sources of income should be declared, even if trivial. The availability of the personal savings allowance, the dividend allowance, and the £1,000 trading and property allowances will mean that there might not be any tax liability in any case.

We’re here to answer any queries you might have about your tax filing.

The Brexit roundabout – no deal measures on VAT clarified

Despite Parliament voting against leaving the EU with no deal, this does not mean the risk of a no deal has entirely disappeared. Forward planning in these circumstances is both difficult and confusing for businesses attempting to keep on track.

One of the key issues, for example, is around import VAT and tariffs. There has been contingency planning and, should there still be no deal, a postponed VAT accounting system will be introduced and a temporary 0% tariff regime will apply to the majority of imports.

Without a deal, goods brought into the UK will be treated the same as imports from outside the EU. Currently, this would mean businesses having to pay UK VAT at the time of importation. However, a system of postponed accounting for import VAT will be introduced, with HMRC recently publishing guidance on how this will work.

Businesses will be able to account for import VAT on their VAT return, rather than paying import VAT on or soon after the time that the goods arrive at the UK border. This will reduce any cash flow impacts after the UK leaves the EU.

To ensure parity of treatment, the system will also apply to non-EU imports

Non-VAT registered businesses and individuals will still have to pay import VAT at the time of importation.

A temporary tariff regime will remove customs duties on the majority of imported goods for a period of up to 12 months. Under the regime, 87% of total imports to the UK by value will be eligible for tariff-free access. This will prevent potential price spikes.

The 13% of remaining tariffs will apply for a variety of reasons. High EU tariffs have traditionally supported farmers, and there are a number of sectors where tariffs will help provide support against unfair global trading practices. Tariffs will also be retained on a set of goods to meet the UK’s commitment to supporting developing countries.

If a deal is reached, the UK will effectively remain within the EU Customs Union until 31 December 2020. There will then be no immediate impact on trade and the measures outlined above will not need to be implemented.

With the immediate focus on Making Tax Digital for VAT coming in from April, it’s worth keeping abreast of the measures that may affect your VAT position long term in these uncertain times.