From tax scams to tax codes - the knowledge gap 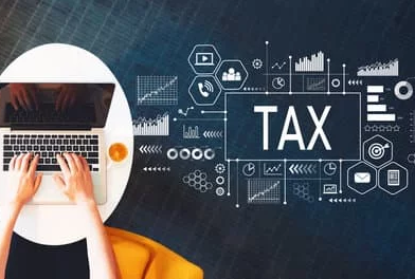 As many families across the country waved off students into the next stage of growing up and taking control of their own finances, advice from HMRC on student-targeted scams, coupled with a wider tax knowledge survey, highlight potentially dangerous gaps in public understanding of the tax system.

Cybercrime is far from confined to big banks or financial institutions, as anyone who has had their accounts hacked knows. With more than 620,000 scam emails related to tax reported last year, HMRC has issued advice to universities about potential scams targeted at first year students finding their feet away from home.

Thousands of attempts were made to defraud students, often through using an apparently benign university email address to alert them to bogus tax refunds. For those on budgets, the offer of a tax rebate may sound tempting, particularly for those unfamiliar with the tax system. Any replies could use valuable student identity information to steal money, purchase goods or subscriptions online or potentially take control of their computers.

HMRC has advised universities to both raise awareness for new students to be aware of potential tax scams and to include information in their induction material for all new intakes.

The advice from HMRC comes in the wake of a YouGov survey which revealed that much of the public have a scanty understanding of tax, with younger people especially at a loss. The survey of 2,000 people, carried out by Deloitte, asked a series of questions scored out of 30. Nearly half of respondents scored just 10 or under. The student group aged 18-24 had the lowest score, with those over 55 unsurprisingly achieving the highest average scores, still just around 12.

The areas of most knowledge were interestingly around taxation of additional income. For example, around 79% understood that tax is payable over a threshold for income from a holiday let of a second property or on income from advertising for an Instagram influencer (61%). But 46% did not understand the relationship of tax codes and tax allowances and only less than 20% knew what the top rate of income tax was. There was also a lack of understanding of how gift aid works, including only around 16% of those earning over £50,000 knowing that they can claim back tax on their charity donations.

It’s clear that the tax knowledge gap has some potentially serious consequences for individuals’ finances. While there are increasing calls for financial education to be included in the national curriculum, the current lack of understanding still needs to be addressed. Starting on the basics with any young people in your family, or employment, might be the first step on an increasingly important ladder.