December - Monthly Round up 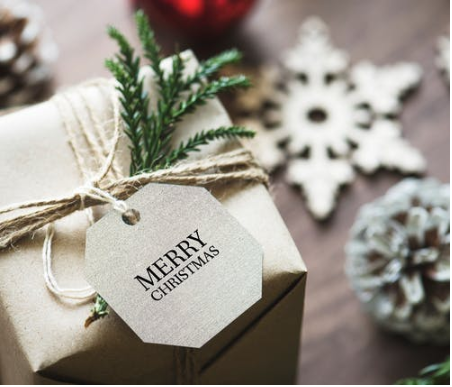 The government has revived plans to raise probate fees in England and Wales.

A new, banded structure for probate fees in England and Wales is to be introduced, according to a written statement issued after the 2018 Budget.

The announcement comes despite the 2018 Budget barely mentioning inheritance tax (IHT). There was widespread speculation about reforms to IHT after the Chancellor commissioned the Office of Tax Simplification (OTS) to review the tax in January 2018. However, with the full findings of the OTS review yet to be published, the only change to IHT announced in October was a small adjustment to the legislation for the residence nil rate band – this being such a complex piece of legislation, it had been wrongly drafted.

The government made a very similar proposal on probate fees in March 2017, and at the time it was heavily criticised as being a stealth tax rather than a simple fee adjustment. The argument was never resolved and the issue was eventually lost in the legislative process around the last General Election.

Since then, the government has taken on board some of the original criticism and cut the fees they were proposing, particularly for larger estates:

The new fees are scheduled to come into effect 21 days after the legislation is passed, and there is very little that can be done to mitigate the impact. They are payable even if the estate passes with no IHT liability, as is usually the case on the first death of a married couple or civil partners, or if the value of the estate is covered by the available nil rate and residence nil rate bands.

If you would like help with a probate application then please get in touch.

There has been a dramatic increase in the amount of disputed tax collected by HMRC through mediation, according to research by law firm RPC.

The increasing use of alternative resolutions should be advantageous to both HMRC and taxpayers as it means fewer cases have to go through expensive and time-consuming legal processes. It also aligns with HMRC’s mission to increase tax compliance generally and increase revenues for the Exchequer.

HMRC’s engagement with mediation methods can offer several advantages to those caught in a tax dispute:

It is true that the better option is to ensure tax is paid correctly and on time. But if you are in dispute with HRMC, and would like some advice on how mediation could help you, please get in touch.

New restrictions added to entrepreneur’s relief (ER) during the 2018 Budget have reduced access to this valuable tax relief.

ER provides a reduced rate of capital gains tax on disposal of shares – at 10% instead of 20% – for individuals, provided they meet certain conditions. These conditions need to be met throughout a qualifying period, reflecting ongoing involvement with a business.

From 6 April 2019 the qualifying period will increase from one to two years. This change means individuals will have to demonstrate a longer ongoing involvement with a company to claim the relief.

Specific new requirements on the shareholding were also introduced. Effective from 29 October 2018, to claim the relief an individual must have shares that:

These are in addition to the current requirements to have at least 5% of the share capital of the company and at least 5% of the voting rights. However, to balance this, from April where outside investment dilutes a shareholding to less than 5%, relief on gains made up to that point will be protected.

Different rules apply to shares acquired through an enterprise management incentive schemes, and other qualifying conditions will apply.

The rules have been changed in response to calls on the government to use the revenue lost to ER to help fund the NHS. Instead of abolishing the relief entirely, the Chancellor has adjusted the rules as he believes, “encouraging entrepreneurs must be at the heart of our strategy”.

Get in touch if you are concerned about how the new rules will affect your plans.

The government has halved the apprenticeship levy for small businesses, from 10% to 5%, with a view to increasing uptake of the scheme.

This means that the government will pay 95% of training and assessment costs for any apprentices taken on by SMEs. Whilst a date for implementation has yet to be announced, the move is designed to make the underutilised scheme more attractive to employers and help address the skills shortage in the UK workforce.

The number of new apprenticeships dropped by 26% from 2016/17 to 2017/18. Worse, reports suggest that as many as one-fifth of firms paying the apprentice levy, including 35% of SMEs, do so as a tax write-off and have no plans to actually train apprentices. The levy industry bodies believe the levy is poorly understood by many SMEs.

First introduced on 6 April 2017, the levy was meant to encourage workplace training through a 0.5% tax on larger employers. As well as paying the levy, businesses with 50 or more staff also have to release apprentices for one day a week of off-site training.

Alongside this, the government will enable larger levy-paying employers to transfer up to 25% of their funds – increased from 10% – to pay for apprenticeship training in their supply chains.

If you do choose to take on an apprentice, you must provide them with a training opportunity that lasts at least 12 months and employ them in a real job that helps them attain the knowledge and skills needed to pass their assessment.

Apprentices must also receive the same benefits as other employees and are paid for their time spent training or studying off-site. However, their minimum wages are set much lower, at £3.90 per hour for 2018/19.

If you are considering taking on an apprentice and would like some advice on the levy, please get in touch.

A new VAT reverse charge will apply to construction or building related services from October 2019.

Under the new rules, a VAT-registered company purchasing certain construction services will be responsible for accounting the VAT to HMRC, rather than the supplier. The reverse charge includes goods where the goods are supplied with the specific services.

The new measures are being introduced to reduce VAT fraud and evasion by placing the responsibility for VAT on the customer. HMRC believe that some small VAT-registered suppliers are charging VAT to their customers, but not then paying the VAT on to HMRC.

Instead, the normal VAT accounting rules will apply to these supplies.

If you are concerned the new reverse charge mechanism will make your VAT administration more complicated, we can advise you on how best to handle it.