April - Monthly Round up 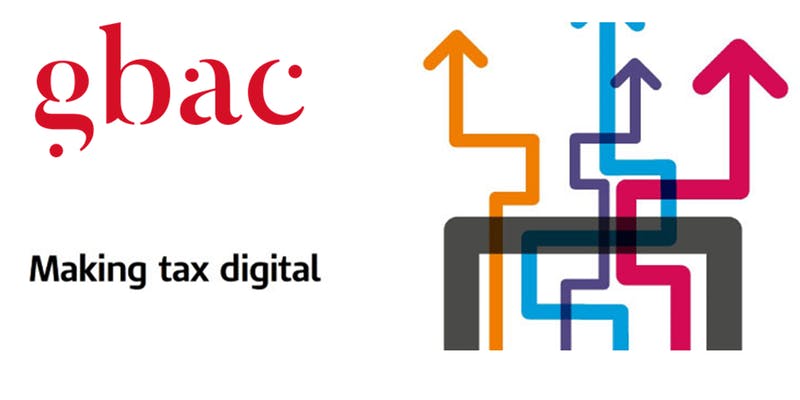 An expected revision of the probate fees structure for England and Wales set for 1 April has been delayed.

The proposed changes will increase the cost of probate from the current single, flat charge of £215 to a minimum of £250. A new fee structure based on the size of estate being administered will rise through six bands to a maximum of £6,000. The probate fee threshold will rise from £5,000 to £50,000. Over half of estates will pay no probate under the higher threshold and more than 25,000 more estates a year will be exempt.

By classifying the increases as a fee rather than a tax, the government was able to put the changes forward as a statutory instrument or secondary legislation, rather than primary legislation which requires greater parliamentary scrutiny.

Citing pressures on parliamentary time from the ongoing Brexit crisis, the Ministry of Justice announced that the statutory instrument has yet to be approved. Once this happens, the new regime will come into effect 21 days later. While such instruments are normally passed without debate, MPs can raise objections and force a vote on an issue, leading to amendments and further delay. The Labour party has already objected to the probate proposals and as yet there is no new timetable.

The confusion on the timing of the changes has created a log jam with HMRC as people tried to beat the original 1 April deadline and apply for probate. HMRC must process inheritance tax (IHT) registration forms before probate can begin This has led to HMRC taking a more flexible stance on registering an estate for IHT purposes. It has said the process will be more flexible for the time being on IHT registration so that people can wait to submit IHT forms before starting the probate application.

Individuals who may be asked to be executors should think carefully about the terms of any executorship once the new fee structure is in place. Bank accounts can be frozen while probate is being processed, so they could be asked to help fund probate fees if a loan is not secured. Under the new regime, these could be substantial.

The Chancellor’s Spring Statement could easily have passed you by as March was dominated by other high-profile events.

Ever since he announced a move to an Autumn Budget in 2016, Philip Hammond has made it clear that he wanted to avoid the Spring Statement becoming a mini-Budget. His vision was that in March he would simply be presenting a brief response to the latest forecasts from the Office for Budget Responsibility (OBR). As the Treasury website stressed, “there will now only be one major fiscal event each year”.

Nevertheless, it is unlikely that either the Treasury or the Chancellor wanted the Spring Statement to be an event that was completely overshadowed by other parliamentary business occurring on the same day, as it was by the votes on whether to rule out a no-deal Brexit. Ironically, the Chancellor made his statement on the assumption of “a smooth and orderly exit from the EU”.

There were virtually no new tax initiatives in the Statement, although there were hints that a ‘deal dividend’ would help in keeping taxes low as well as allow increased public expenditure. In the background papers published alongside the Statement, there were reminders that the tax screw continues to be tightened in some areas. For example, Mr Hammond promised a consultation paper fleshing out two measures announced in the October Budget, designed to restrict two long-standing capital gains tax reliefs on residential property.

The OBR’s calculations explain why the Chancellor did not mention fresh tax cuts, as opposed to maintaining low tax levels. In this new 2019/20 financial year, government borrowing is projected to increase by £6.5bn and to still be £13.5bn by 2023/24. Income tax and national insurance contribution receipts have been rising faster than expected and are the main reason why the OBR’s overall finance figures looked rosier in March than last October.

As has been the case for some years now, if you want to see your tax bill reduce, taking control of your personal opportunities for improved tax planning is the place to start.

Up and running – MTD for VAT is live

All VAT registered businesses above the £85,000 threshold are now required to keep their records digitally and submit their VAT return via compatible software. HMRC stated that around 100,000 had registered by the April Fool’s deadline out of an estimated 1.2 million businesses affected.

It’s worth remembering that 1 April marked the requirement to keep digital records, not to sign up for MTD itself. Once a business is signed up, it can no longer submit VAT returns through previous methods, such as typing figures into the portal. For businesses who submit VAT returns on a calendar quarter basis, signing up earlier than necessary could mean HMRC will expect the return to be submitted via MTD software, which the business may not be ready for.

With the first quarterly VAT return affected by MTD the June 2019 return, HMRC is taking a relaxed line on any penalties for the first year of the roll out as companies become more familiar with the requirements. Where businesses are doing their best to comply with MTD, filing and record keeping penalties may not be issued.

Where a business has not yet signed up, it should have begun to keep its records digitally for the next VAT period starting on or after 1 April. If they are using software, this must be MTD-compatible. They can then sign up to the MTD service and have their software authorised.

Companies unfamiliar with software systems can use bridging products that will work with spreadsheets and HMRC has a list of those available. Any existing exemptions from online VAT filing will be maintained, while those unable to register for the new regime on grounds of age, disability, religion or location can apply to be exempt.

HMRC issued additional guidance prior to the launch. Where more than one product is used to keep digital records, these must be digitally linked. This is defined as a transfer or exchange of data between products and could include importing and exporting files, linking cells in spreadsheets and uploading and downloading files. These links between products must be in place by 31 March 2020, except for businesses who have secured a deferral from HMRC which have until 30 September 2020.

Regardless of where they are in their digital compliance and software upgrades, businesses should still aim to pay their VAT on time. Let know if we can help.

5 April also marked the deadline from which those still affected by loan schemes will now have to pay a potentially punishing tax bill. The controversy surrounding the loan charge deadline is a reminder of the dangers of aggressive tax planning.

If you were offered a way of being paid a ‘salary’ that involved no income tax and no national insurance contributions (NICs), would it ring alarm bells?

In the late 1990s and early 2000s, many contractors and consultants were offered the option of joining schemes which purported to make tax and NICs disappear. At the time, some decided the chance was too good to miss. Their choice was often in response to IR35, the HMRC crackdown on people sidestepping taxation as employees by claiming self-employment or operating via one-person companies. The schemes promoted had various structures, but one key factor was that they relied on earnings being replaced by low or zero-interest loans that were never intended to be repaid – hence the schemes often being described by HMRC as ‘disguised remuneration schemes’.

HMRC never approved these schemes but took their time to act against them. Blocking legislation for new loans was announced in 2010, by which time HMRC was already challenging some schemes through the courts. However, it was not until 2016 that the then Chancellor, George Osborne, introduced legislation that treated the amount of any loans outstanding at 5 April 2019 as income. It is that measure which has recently brought the subject into the headlines. HMRC has estimated that 50,000 people face a charge averaging £64,000.

With hindsight, avoiding all tax and NICs on earnings now looks a deal too good to be true. That it seemed credible 15–20 years ago shows how attitudes to tax avoidance have changed since the turn of the century. It is also a reminder that if you are offered an avoidance scheme that appears to make your tax liability evaporate, it could be many years before you – or possibly even your executors – discover it does not.

A parliamentary group has called for the charge to be delayed for six months following a debate which had to be abandoned due to flooding in the House of Commons. They have also challenged HMRC about its statements around the loan charge. The controversy looks set to continue.

From 1 March the timescale for payment of stamp duty land tax (SDLT) in England and Northern Ireland has been cut in half.

Both residential and commercial property transactions now have only 14 days to pay SDLT.

The cut, down from 30 days previously, affects all property transactions in the two countries. The 14 days start from the ‘effective date’ of the transaction. The effective date is usually when the transfer is completed, but there can be circumstances where the majority of the contract has been ‘performed’ prior to completion.

Even where no tax is due, for example where a property is nil-rated at under £125,000 or there is another form of exemption, HMRC still requires a return to be filed within 14 days of completion of the transaction.

Once the 14-day window has closed, interest will begin to run on the charge and penalties will become due. The time limit applies to both UK and non-UK purchasers. If the return is filed late, the following penalties apply:

If a return is not filed within 12 months after the filing date, a tax-based penalty is also payable, which can be up to the full amount of tax due.

HMRC has said the process has been simplified and they believe the shorter window will increase efficiency. The majority of SDLT returns and payments have been completed within seven days during the previous 30-day window, so HMRC does not believe very many transactions would be adversely affected. Those dealing in more complex transactions, however, have expressed concern about the shorter time frame.

Individual purchasers are responsible for ensuring the tax is paid, though they are likely to have a solicitor or conveyancer acting for them. Where property is transferred as a result of an inheritance, or where no money or other payment is involved, or because of divorce or dissolution of a civil partnership, there is no SDLT charge to pay.

SDLT returns should be made electronically via HMRC. There are different forms for different types of transactions. There is still a 30-day window to apply for a deferral of SDLT, although the return in relation to any deferral must be filed within the new 14-day window.